A majestic centerpiece rises up from the Earth to greet the confluence of two beautiful rivers, the Green and the Yampa. Steamboat Rock an ethereal experience in the high desert of Northwestern Colorado. A hidden oasis protected and hidden from the masses. A quiet, sacred place of awe inspiring beauty.

Twisting, roiling clouds loomed over the Dugout while we indecisively turned in circles, debating risk over adventure. One storm could mean the difference of being temporarily trapped down in the valley. A 2500’ descent in only a few miles of 10º plus slopes on clay packed, boulder strewn terrain demands courage and caution. We saw another before us idly creep down the path and we immediately followed suit. 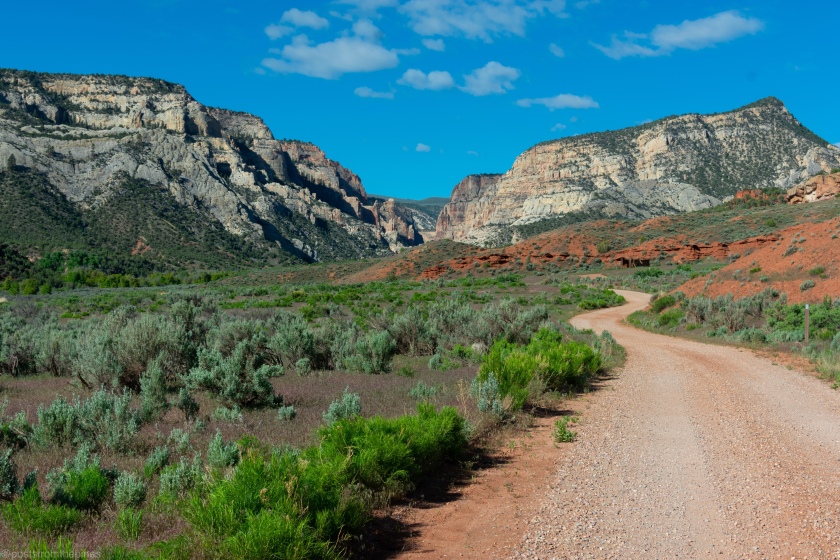 As if a test of Mother Nature to see if we would have the guts to do it, as soon as we descended the clouds ascended. Pulling back the thick sheet of gray and white to expose small sliver patches of blue sky. When the sun burst into view, radiant beams of light streaked across the desert floor, etched their way into the nooks between towering sandstone walls, lighting them in an infinite spectrum of color.

The colors of May an incredible delight as life emanated from the Earth. Fields of flowers blanketed the landscape. The fragrant smell of fresh Sage filled the air. Flowering cactus in abundance. 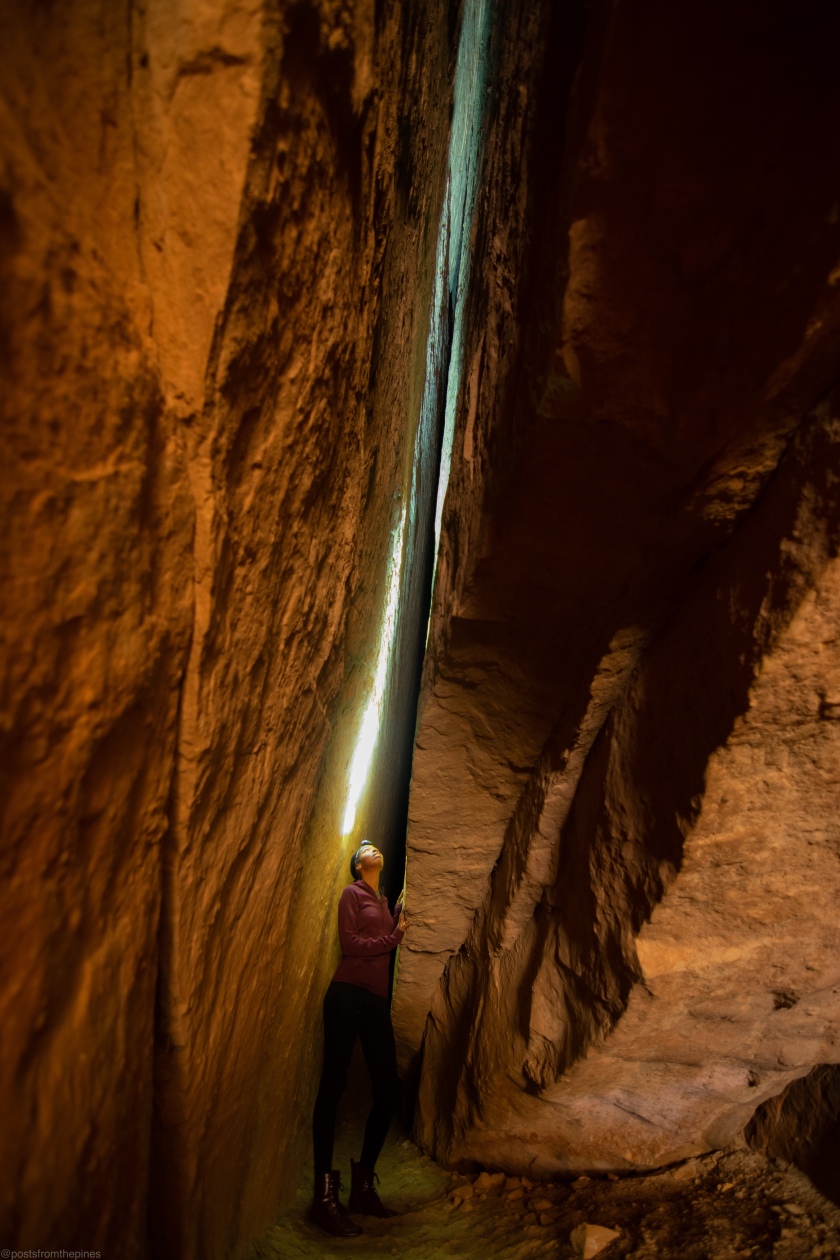 In Whispering Cave squeezing tight through narrow slots of endless rock. Looking up into the void, at least 100’ high. The length of the cave unknown to us, pushing tightly through, moving inch by inch until the pressure became unbearable. The entirety we traversed less than one foot wide. Breathtakingly tight. 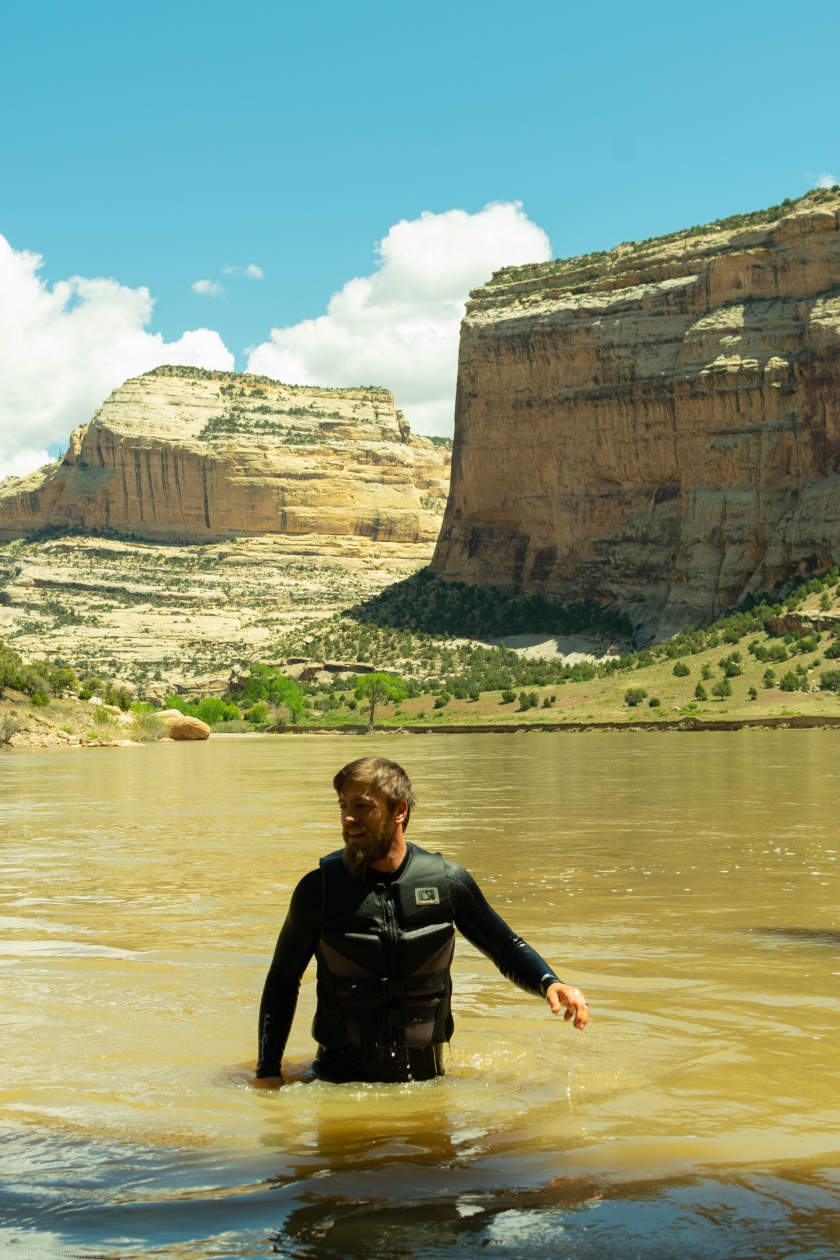 As the sun towered overhead on our second day at Echo Park, the temperature rose significantly in the desert oasis. I couldn’t resist the urge to take a float on the Confluence of the Green and Yampa Rivers. This time of year however, the water is still incredibly cold. Even with my wetsuit and O’Brien life jacket I was still pretty numb when exiting the frigid water. None-the-less it was a refreshing dip that I haven’t been able to do here in almost two years time. 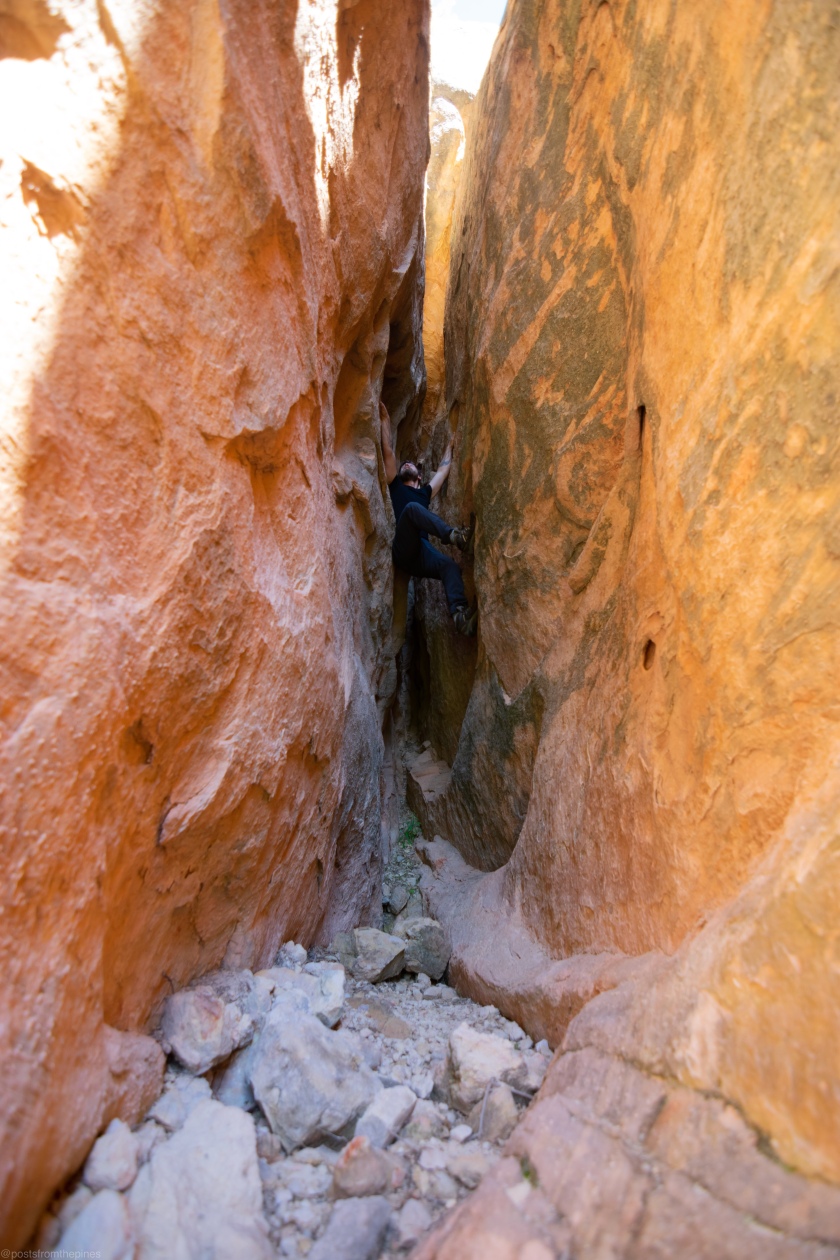 We took a walk along the edges of the sheer rock walls that bordered the road leading out of Echo Park and stumbled upon what appeared as a Natural Bridge. Walking closer we noticed Petroglyphs carved on the rock faces just above our heads. Carvings of people, arrowheads and wild game adorned the orange sandstone canvas. I made an attempt to climb the inner narrow canyon walls while playing around. 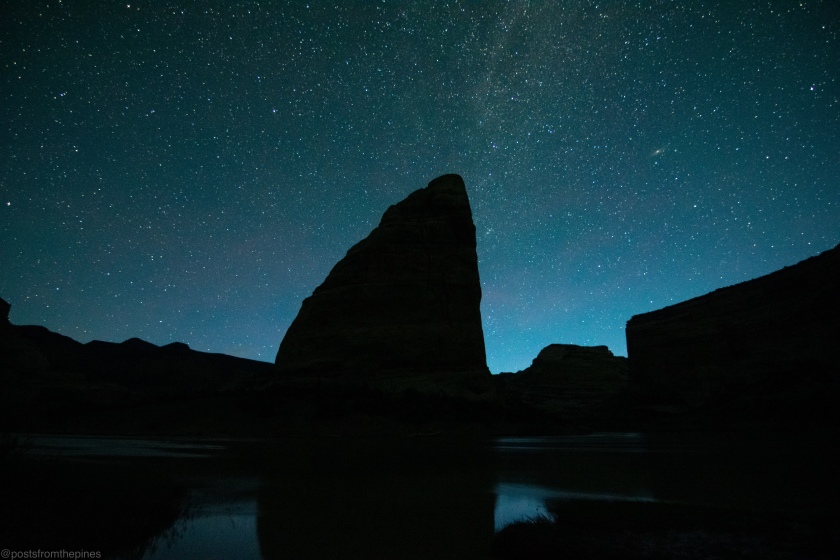 At night the Milky Way bursts into view. Dark Sky territory. Steamboat Rock dramatically stands out against the backdrop of a million stars. This magical oasis is truly breathtaking.